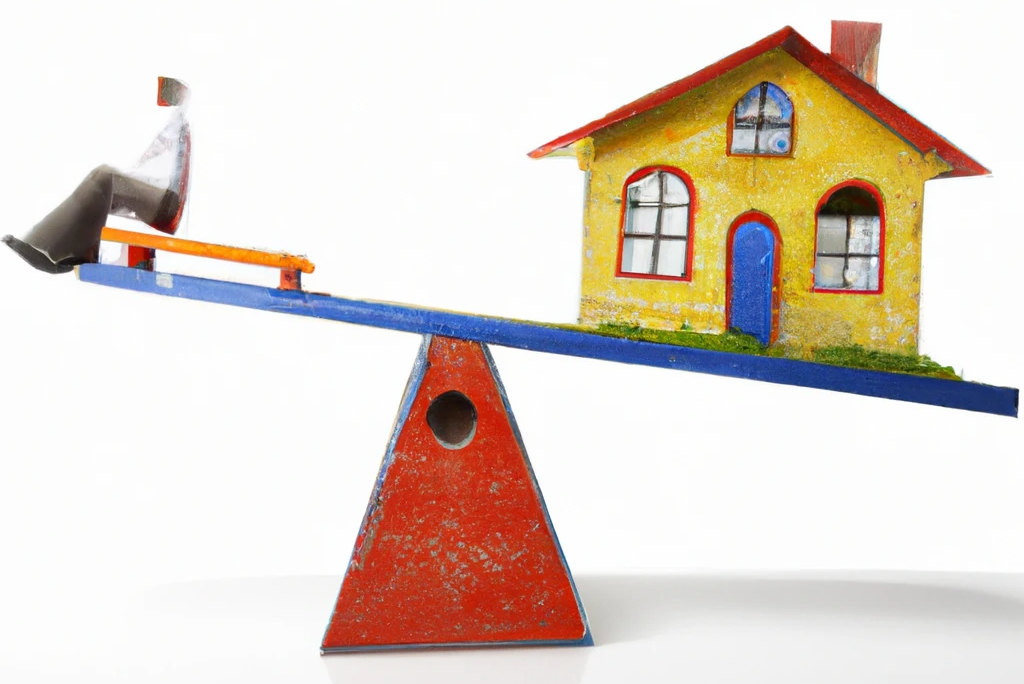 Reposting from a reply on r/BayAreaRealEstate. This is my sentiment specifically on Bay Area houses, but I’m curious to see how my prediction plays out over the next 6 months and whether it’s me or the homeowners with the copium.

“People will just wait until the market rebounds.” Except the price isn’t set by those who aren’t selling. It’s set by the marginal buyer and seller and the “depth” of the order book behind the current prices.

It’s obvious why there are fewer buyers. Higher interest rates, fewer jobs, no IPOs or secondaries. Right now, the marginal buyer is someone who can buy with majority cash but didn’t buy a house last year when mortgage rates were historically low, likely because they kept losing bids. Flipside, no one wants to sell a house in a down market, so listings are at historical lows. The marginal seller is someone who doesn’t have a choice.

But prices haven’t fallen that much. Maybe it’ll just be flat or just a little down over the next year. The problem is liquidity. It’s a game of chicken right now. Sellers are usually more patient than buyers. Sellers lived in a house for years, what’s another few months or year? Buyers want to buy as soon as possible, especially first time buyers. So right now, we’re in a slow standoff, where homes sold in SF in the last 4 weeks is down 37% YoY and probably heading down even further.

What would change that would bring sellers to market? In 2016-2018, young techies bought condos on a 7/1 ARM, thinking they’d live there maybe 4-5 years and flip it. In late 2020 to early 2022, a lot of them bought SFH’s in the burbs, maybe started families, but didn’t sell their condos in a depressed COVID market, thinking that back-to-office would bring back the condo market. They’re faced with having their monthly payments jump by 50%, which means renting it out wouldn’t come close to covering your expenses. Plus renters rights make it terrifying for the owners. In tough times, not selling isn’t just costly, it’s stressful. This is why you’re seeing a lot of condos selling for their 2016 prices already.

Future prediction time. The Fed mercilessly raises interest rates to 6% and holds. That, combined with selling off its MBS, will push mortgage interest rates to nearly 10%. A lethargic job market means rents will drop back to 2021 levels, lessening the appeal of renting. Condo prices drop faster, further and first. The spring will see a rush for the exits, but the exodus will continue through the fall. San Francisco owners are used to the idea of underpricing the market and creating bidding wars. Now, they’re listing, getting few bids, and gradually lowering the price maybe 2-3% a month, but still failing to catch the market’s decline. Eventually, they’ll realize that the market is headed down and if you need to sell, it’s better to sell today than tomorrow.

Non-luxury* house prices will just be stagnant over 3-4 years. Those mortgages are usually 30-year fixed and those owners cannot go back to renting. Existing homeowners will wait until interest rates come down before buying a new mortgage and by then, the market should have revived and inflation alone will prop up 2021’s price levels.

*Update 12-06-2022: Layoffs create a three month wrinkle. The typical severance package offered to tech workers and the typical time employees have to exercise any outstanding options are both three months. So being laid off is both a huge cash bonus with an impending liquidity squeeze (both the cost of exercising and the taxes at end of year). Selling a house only took a month or two last year, but this year, it could easily stretch to three or four. I’d assume that most people will not want to role the dice in listing their house in the fall, in case things get worse, so spring may see a lot of supply. That being said, it’s entirely based on layoffs and bankruptcies in January and February.

*Houses under 4m. The luxury market seems to follow its own rules, sort of like the rich themselves.