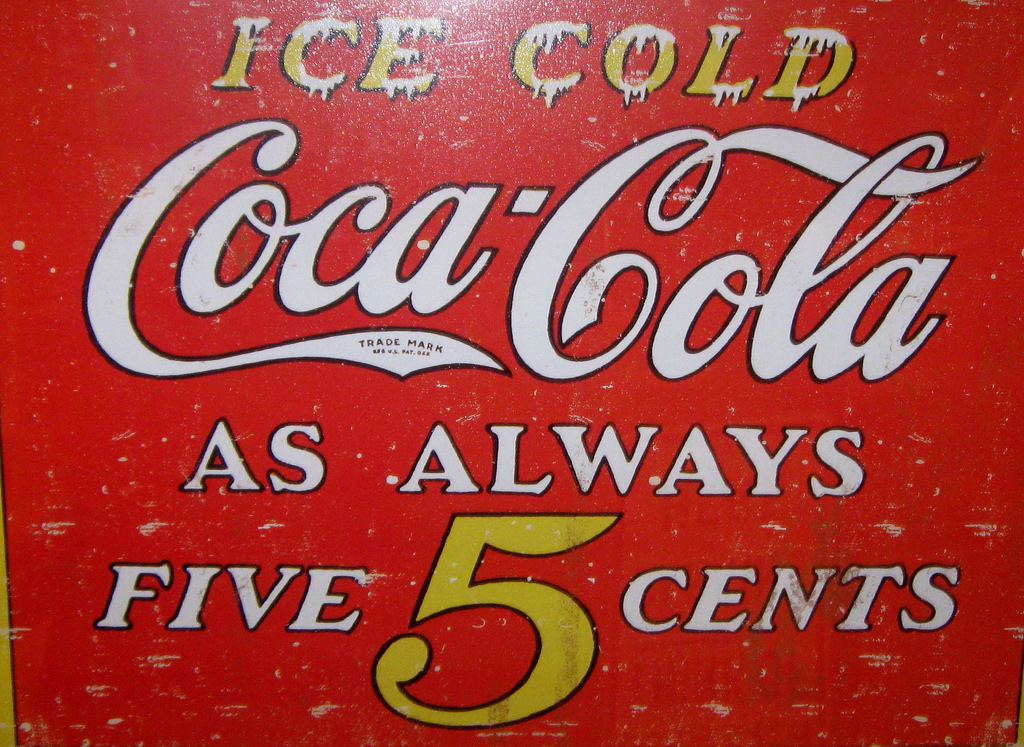 Sentry prices itself as a commodity. The price is directly linked to the cost of running Sentry and, in my announcement post, I even compared our price to the cost of commodity infrastructure.

Why do we tie our price to our costs? Sentry is both a engineering workflow and application monitoring tool, so our value is tied to the number of team members (like GitHub) and applications (like DataDog) an organization has. One customer has 26 engineers using us across 28 apps, yet pays us only $15/month. Our previous pricing would have gotten us $100 and our competitors would charge the same company three to five times our price. So why are we leaving money on the table?

For over 70 years, Coca-Cola sold bottles for 5¢ through two world wars, the Great Depression, and inflation. But it wasn’t part of some master plan; it was an accident of history. In the company’s early days, Coca-Cola’s founder Asa Candler thoughtlessly gave away bottling rights (thinking soda fountains were all that mattered). He even guaranteed a fixed price for syrup on a contract with no expiration. The next few years made it obvious that bottles, and not soda fountains, would be the future of soft drinks, and Candler had given away the farm.

Now Coca-Cola was unable to sell bottled Coke themselves and contractually made a fixed amount per bottle (the cost of syrup), regardless the price of the bottle. Thus, Candler had only one way to achieve growth: volume. Demand for Coke is very elastic, so driving volume meant keeping Coke cheap. To control the middlemen, they aggressively advertised ‘5¢ Coke’, setting consumer expectations and forcing retailers to sell at a 5¢.

The results speak for themselves. Coca-Cola is said to be the second most well-known phrase in the world, only after “OK.” By 1950, the last decade of 5¢ Coke, Coca-Cola owned 87% of vending machines in the US and 50% of the soft drink market share (Pepsi had 20%). Today, Coca-Cola stock trades at roughly the same P/E ratio1 as Google. Candler’s mistake forced Coca-Cola to look past local revenue maxima and focus on marketshare.

The Bargain of Open Source

Had it not been for Candler’s happy accident, it’s unlikely Coca-Cola would have risen to become the giant it is today. It forced Coca-Cola to grow volume instead of prices, and pushed it to build one of the biggest brands in history while selling sugar water.

Sentry has its own happy accident: it’s 100% open source with an incredible liberal license. At every conference, I tell incredulous engineers: you could spit in my face right now and I still couldn’t stop you from running it or even selling Sentry yourself. Like Candler, some might say we’ve given away the farm.

And yet, it’s worked for us. The short-term value of being open source is our enviously good word-of-mouth marketing, which I’d modestly value at $5 million/year. Its effects on our competitors have been equally envious:

Whenever you wonder whether open source is the right choice, ask yourself: would you rather be open source or compete with open source?2

The second effect of open source is more subtle and long-term: it effectively caps our price at infrastructure and labor costs of running Sentry.3 Our value prop becomes: You’d be irresponsible to host it yourself; you’d be incompetent to choose a competitor.

The market has responded: since switching to commodity pricing, we’ve achieved record customer and revenue growth. In doing this, we’ve forced ourselves down the same path Coca-Cola: volume.

Is this good? We, unlike Candler, haven’t contractually bound ourselves to this fate. Why charge the metaphorical nickel? Because volume means market share. And market share will be the key to our long-term survivial.

Software is a game of monopolies. You win the market, or you’re acquihired. Look at most established markets: from the biggest industries (Microsoft for OS, Apple for smartphones, Google for search, Amazon for online retail and IT infrastructure, Facebook for social) to the smaller services (Dropbox, GitHub, Stripe, Splunk, Pager Duty, New Relic, Atlassian4), almost always there is a single market leader capturing the vast majority of the profits. You build an economic moat or become someone else’s.

The moats are already rising. GCE acquired StackDriver and Crashlytics (and gives them away for free). AWS has a history of entering and commodify entire markets. Just take a look at Oracle’s earning reports in a world of Aurora and Redshift. With CloudWatch and X-Ray, AWS is starting to expand from infrastructure to monitoring tools. For the time being, the “monocloud” giants haven’t fully woken up to error logging, but our every success hastens the day.

What is our moat? The answer lies in why software is a game of monopolies.

Building software requires an upfront fixed cost, but the cost of production is zero. With the Internet, even the cost of distribution (getting your product into consumer hands) is zero. The only remaining cost is adoption. Getting someone to adopt your product is already expensive. Getting them to switch from a competitor? Prohibitive. Once established, market leaders are almost impossible to dislodge.

GitHub is a perfect example of this. Having established a monopoly in code hosting, their position in near unassailable. Atlassian, GCE, and AWS offer nearly-free5, private code hosting, yet developers are hardly abandoning GitHub. Their moat is the millions of users and repositories already on GitHub and unlikely to switch.

Similarly, Sentry’s defensibility will be based on our adoption, measured by the number of engineers and applications using Sentry. The lucky effect of open source and commodity pricing is we’ve un-gated both of these. The $15 customer I mentioned at the beginning with 26 engineers and 28 apps using us? Our customers are digging our moat for us and footing the bill while they do it.

But if we price ourselves like a commodity, how do we ever earn real revenue from our market? A platform. Like GE building light bulbs, radios, televisions, and computers on top of the electric grid they built, value extends far beyond the original platform.

Here, it’s worth looking at the giant in our space: AWS. Having sold running open source software on commodity hardware, their business has increasingly transitioned to providing solutions on top of their commodity hardware: Aurora, Lambda, Redshift, SQS, SES. Each product is significantly marked up, but once a DevOps team has committed to AWS, they are locked in. Their price sensitivity is upper bounded not by the competition, but by the value of the service and the cost of migration to another cloud.

Similiarly, once every engineer and application in a company uses Sentry, the cost of additional services need not be upper bounded by our costs, but rather by the value of the service and the cost of migraton.

What services might these be? Services catered to non-engineering: application health, user health, data forwarding, workflow tooling, compliance, SLAs, auditing. These services not only won’t be commodity priced, they won’t even need to be competitively priced, because the engineers and applications already invested in Sentry will be our moat.

This path will not be easy. It will require flawless operations, innovative product development, and above all, patience. Yet, in the game of software, it is our best chance at achieving the long-term viability and success we all desire.